“Sinn Féin leader allegedly has car torched.
Sinn Féin is a far-left/Marxist political party in Ireland. One hundred years ago it could have been called a left-wing national party, but today it is clearly a globalist/Marxist party that has supported violent Marxists all over the world. In Ireland, it is somewhat of a pariah, but people still vote for them in Northern Ireland as a sort reactionary/protest vote to stick it to the English.
Much of the funding for Sinn Féin is raised in the USA and comes from people who have no idea what the party even is. Believe me, I have personally encountered Sinn Féin fundraisers in the USA. They show up at Irish clubs claiming to be “nationalists” and collect donations from conservative, but very uninformed American boomers. Then the next day, the same guys are selling “IRA Sniper” keychains at an Antifa conference.
I saw an interesting story. Martin Kenny, a Sinn Féin leader, alleges that his car was torched. He claims it was retaliation for his support of open borders.
The entire Sinn Féin leadership is now hyping “right-wing violence.” As I have talked about in the past, leftists in Germany have conducted several acts of mass cars burnings (many cars at once), and then claimed that burning cars is a form of “non-violent protest.” In France, burning cars has become almost a routine recreational activity of young migrants. The left aggressively makes excuses for it.
Now, I personally reject the notion that burning a car is non-violent. I think it is a serious crime, for which you should go to prison. However, this creates an interesting dilemma for European leftists. Is it still a “non-violent protest” when their own car is set on fire?
However, I must add that Sinn Féin is so blatantly dishonest that I am skeptical of anything they say. Martin Kenny may have very well torched his own car.” 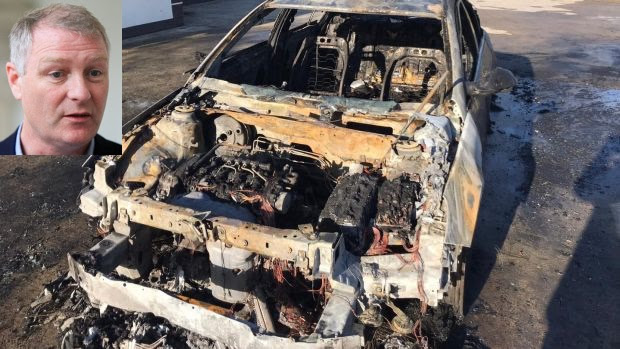