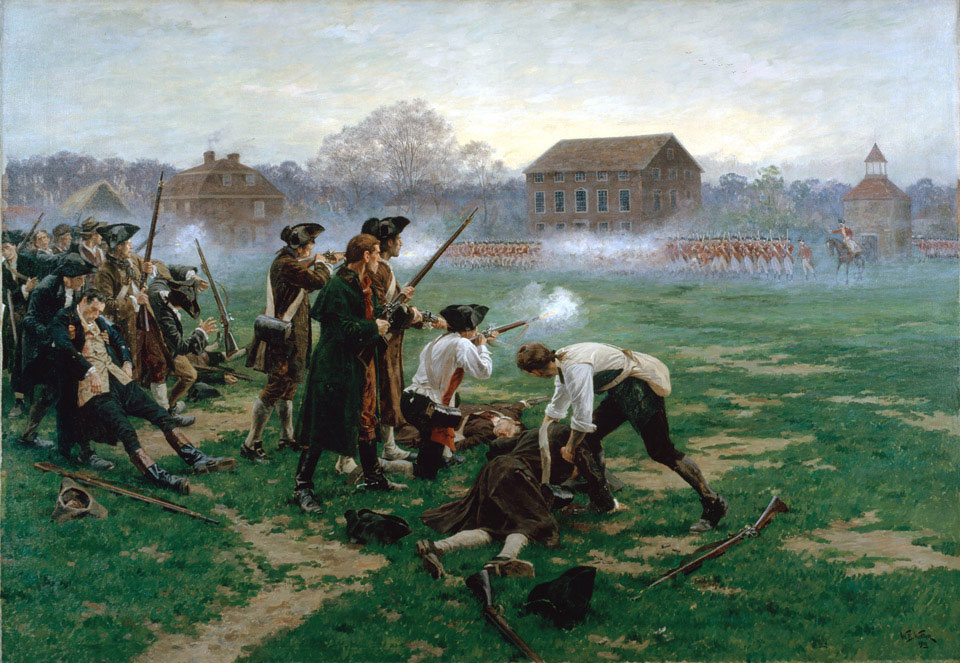 245 years ago today, on April 19, 1775, American farmers, artisans, and townspeople from the area of Lexington and Concord Massachusetts, resisted British attempts to disarm them. What followed was the 8-year Revolutionary War, which ended on September 3, 1783, with the Treaty of Peace With Great Britain.

In the Treaty, “His Brittanic Majesty acknowledges the said United States, viz. New Hampshire, Massachusetts Bay, Rhode Island, and Providence Plantations, Connecticut, New York, New Jersey, Pennsylvania, Delaware, Maryland, Virginia, North Carolina, South Carolina, and Georgia, to be free, sovereign and independent States; that he treats with them as such, and for himself, his heirs and successors, relinquishes all claims to the Government, proprietary and territorial rights of the same, and every part thereof.”

In the brief period under the Articles of Confederation, the several States would settle territorial disputes in a peaceful manner, which would have proved impossible in Europe, and would go on to create institutions of civil governance under the U.S. Constitution, whose protections of civil liberties are still a model to be emulated, in the world today.

As it has been said: “God, guns, and guts made America great. Let’s keep all three.”

Mr. Cloutier is author of Mussolini’s War in Spain 1936-1939. Italian Intervention in the Spanish Civil War.

President Trump has ordered that gun sales are an essential activity, during this period of business and government shut-downs. It is laudable that he is supporting the vital civil liberty of gun ownership, in times such as these.  The freedom for people to come together and worship God in a house of prayer, however, is even more essential – more essential than going to WalMart, some would argue – and for that reason, it is part of the 1st Amendment.

It would be a great moment indeed, if, during this national crisis, the President rounded out his defense of American freedoms, with a well-defined statement regarding freedom of Worship.

Mr. Cloutier is the author of Mussolini’s War in Spain 1936-1939. Italian Intervention in the Spanish Civil War.